At the dawn of history, some 5.000 years ago, the old villages in Persia were at the edge of a lake in the centre of the plateau, with rich vegetation around it. But the climate changed and where the lake had been, only a salt desert was left.

The greatest influence over those mountain people came from their more advanced neighbors to the west, who had built walled cities in the river plains of Mesopotamia. From the plains came traders but also soldiers. One of the greatest inventions of the city people was the wheel.

The people in the grassland bred the horses, learned to use the wheels and harnessed horse to carts. In about 2000 B.C. they began to move in search of richer lands. These people are called Indo-Europeans, and some of them Iranians or Aryans. They entered the Balkans and Greece, Asia Minor and India, and the plateau they gave the name of Iran.

All these people were good at metal work. But pottery was still more common for household use and rituals. 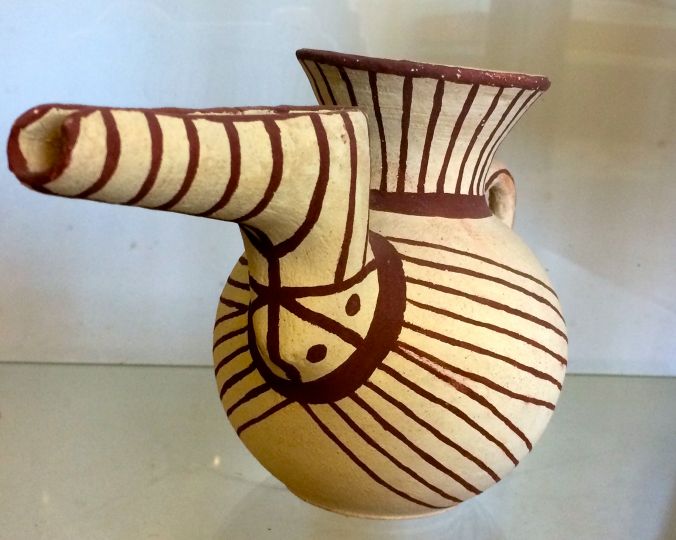 Originally the Aryans were pagans.

In the picture from a god who is father and mother at the same time, divine twins are born. At both sides worshippers with bundles of branches are standing.

They believed the world was controlled by two powerful spirits, one good, one evil. These two fought each other. Each human being had to take part in this fight and had to decide for himself in which side to stand. Everybody would be judged after death. Only if his/her actions, words and thoughts had been good, could he enter the next life.

PICS OF THE MONTH

TRANSLATE IN YOUR NATIVE LANGUAGE